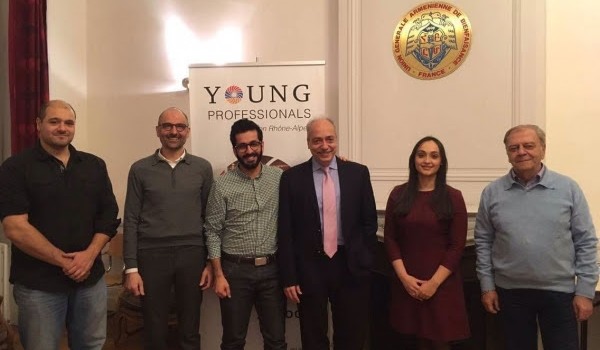 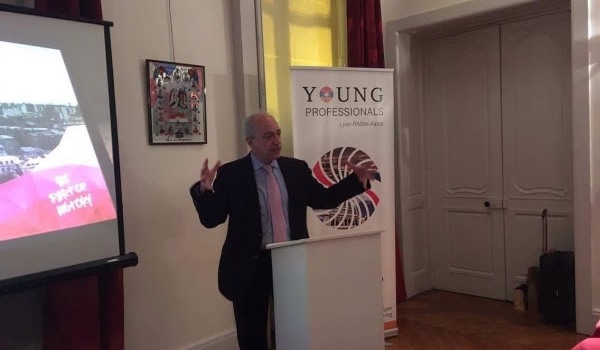 AVC continues its geographic expansion throughout Europe, building awareness in all cities with an extensive Armenian population. On November 29, 2016, AGBU Lyon and the AGBU YPs organized a meeting with AVC Founder Dr. Yervant Zorian at the AGBU Center in Lyon.

The event began with opening remarks by Viken Kojakian, the AGBU YP chair, who welcomed Dr. Zorian‚Äôs visit to Lyon and introduced him to the community members. Dr. Zorian spoke about the successful implementation of AVC programs and Mr. Kojakian followed by conducting a Question and Answer session, during which the attendees were able to exchange ideas about the preservation of the Armenian language, culture and national identity. The AGBU chapter representative Philippe Akilian, a prominent Armenian from Lyon, was enthusiastic about AVC‚Äôs mission and vision and expressed a willingness to contribute to the growth of AVC‚Äôs awareness in Lyon, particularly through the Armenian school.

The presentation was followed by a dinner held in honor of Dr. Zorian, during which an open and interactive discussion continued. The evening ended on a promising note for further collaboration between AVC and the Lyon Armenian Community.