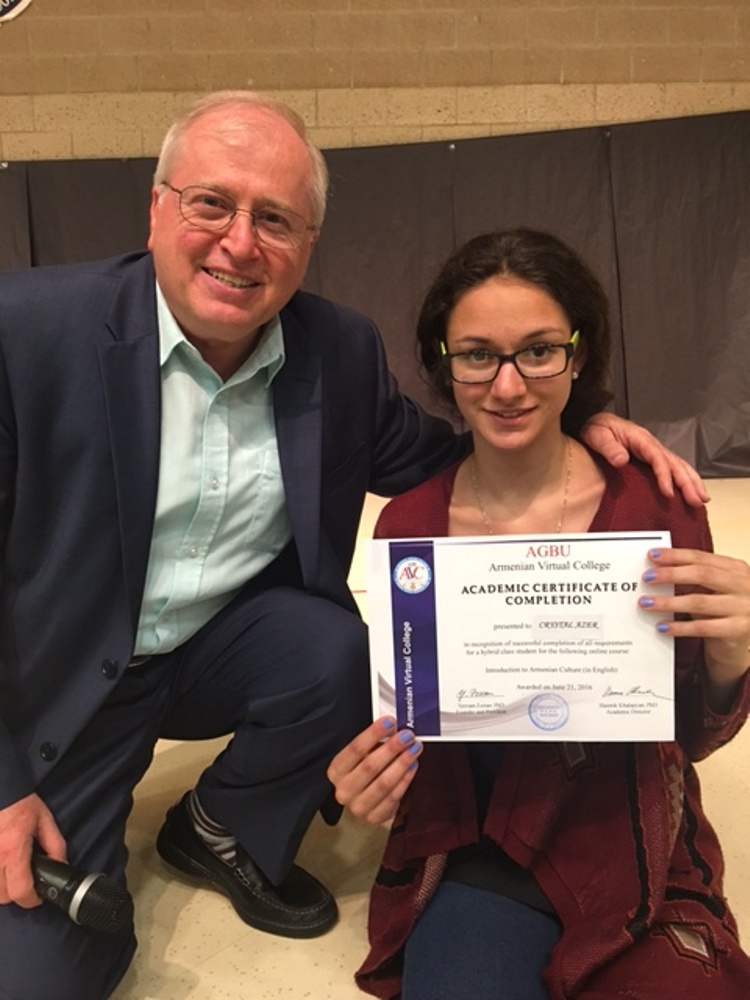 About a year after AVC was founded, in fall of 2010, the AGBU Marie Manoogian Institute in Buenos Aires, Argentina, expressed interest in the unique online education program. Shortly after the first teachers of the school had been trained by AVC faculty, AVC Armenian Language curriculum was adopted by the School. Since then, AVC Hybrid Education Program has been an inseparable part of the InstituteвАЩs language-learning curriculum. From initial two classes with 29 students in 2010, the program has grown to include around 120 students each academic year. The roots of this warm friendship were set by the then Principal Rosita Youssefian. Later on, the good traditions were carried on by the current Principal Ms. Lili√°n Krapridian, as well as teachers Elena Achdjian, Elizabeth Kabadaian, Alisa Khachatryan, Mariam Sukiasyan, Gladys Markarian, Dian Der Garabedian and Liana Atikyan.

The key to the secret of long friendship lays in the AVC Hybrid Education Program idea, which enables studying the Armenian language through AVCвАЩs advanced online programs, while at the same time having an onsite teacher to guide students throughout the course. Nicole Tezca, a student of the AGBU Marie Manoogian Institute states, вАЬAVC is a medium used for this generation, since it integrates learning with technology.вАЭ The program also keeps the students connected to their homeland, вАЬIt's fun to learn this way; you are also in contact with Armenia,вАЭ says Delfina Koruk, another student from the Institute.

As always, the Hybrid Program was not limited to online classes only; the virtual social events have consistently enriched the program and continuously entertained the students. During the past six years, AVCвАЩs Online Instructors have organized various meetings for AGBU Marie Manoogian Institute students. The students have virtually visited Yerevan, the Erebuni Museum and Fortress, the Gafesjian Center for the Arts and Cascade,the Opera and Ballet House, and learned about many rituals and national holidays practiced in Armenia today. The students also have had the chance to socialize with their peers at other Armenian schools worldwide through online informal gatherings. The courses, the events and the joint meetings with different schools around the globe have been successful in creating feelings of belonging to the Armenian Virtual College and to the virtual Armenian community at large.