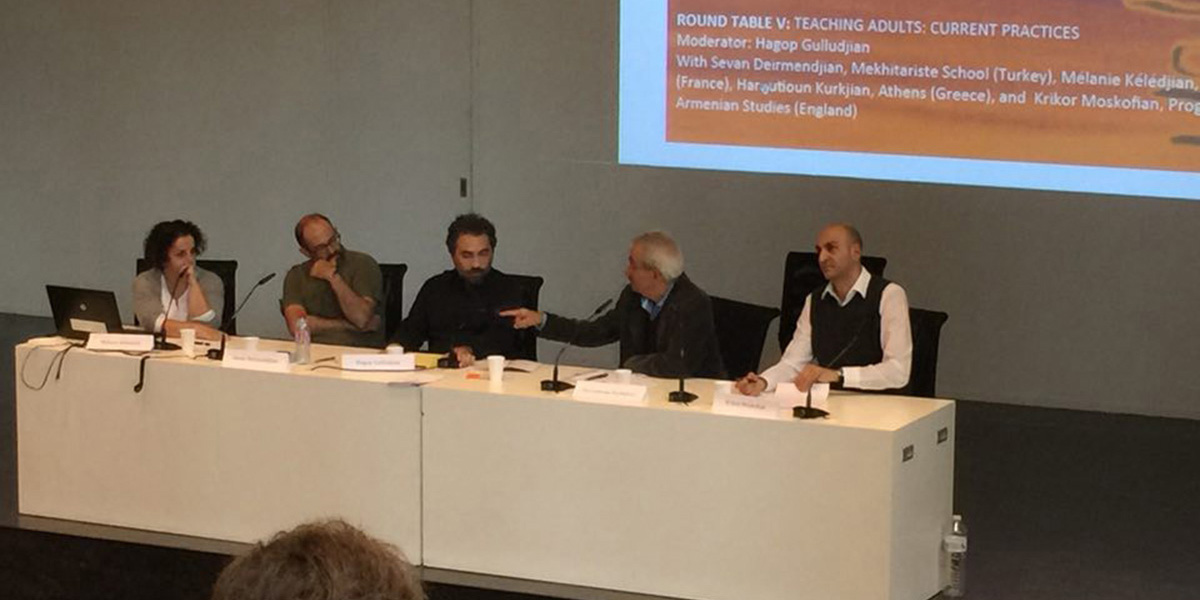 AVC Academic Director Dr. Hasmik Khalapyan presented AVC at an international conference entitled ‚ÄúInnovations in Education: Challenges in Teaching Western Armenian in the 21st Century.‚Äù The conference was co-organized by the Calouste Gulbenkian Foundation and INALCO (National Institute of Oriental Languages and Cultures) of Paris, France. Held on September 21 and 22 in Paris, France, the event brought together educationalists, teachers and academics from all around the world in an effort to revive the teaching of Western Armenian language and ensure the continued transmission of the language between generations.

In her talk entitled ‚ÄúInformation and Communication Technologies in Teaching Western Armenian: The Case of AGBU Armenian Virtual College,‚Äù Hasmik Khalapyan spoke about the urgent growing need to accept the generational discontinuity in learning styles and approach the modern learners ‚Äúon their own terms.‚Äù She blended her theoretical findings and statistical information on online learning worldwide, with AVC's experience and practice to argue that technology was the solution for the revival of Western Armenian language and, ultimately, its preservation from extinction.