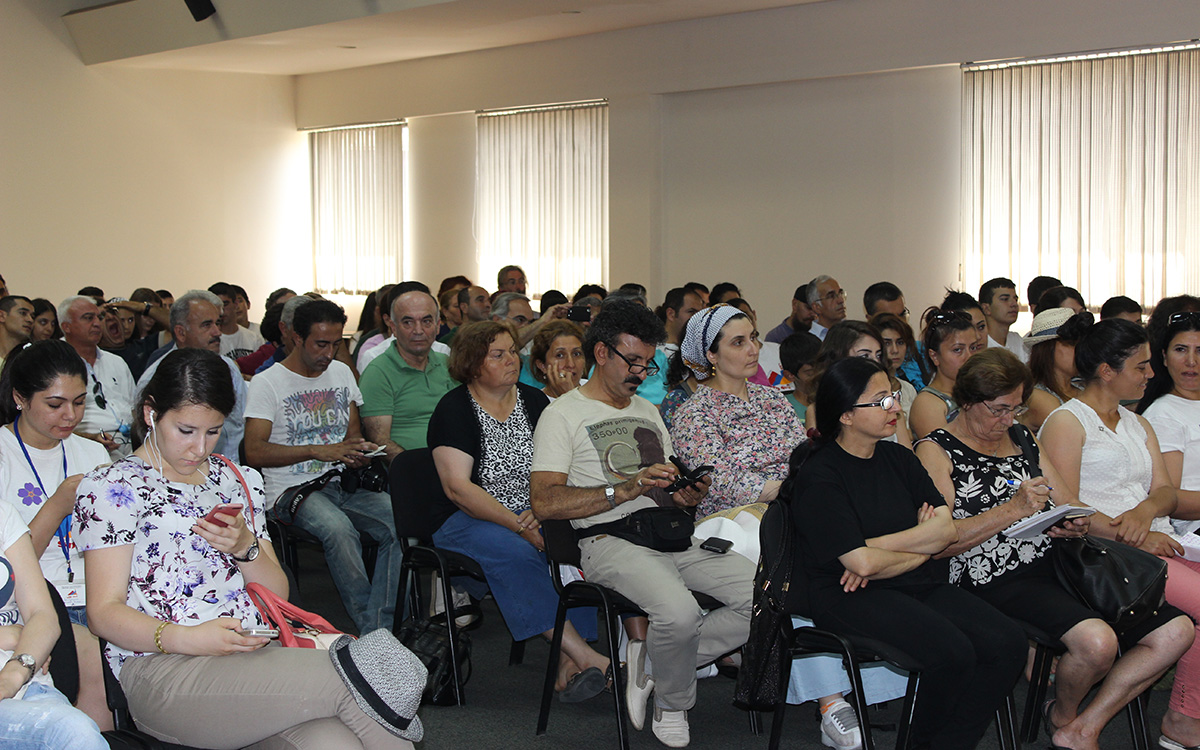 On August 5, 2015, AVC hosted a group of 80 hidden Armenians from Turkey who were visiting Armenia within the framework of Armenian Diaspora Ministryā€™s Ari Tun project. By revealing their national identities, they were seeking opportunities and means of returning to the language, culture, and history of their ancestors. In this context, what the AVC online provides is a perfect match to assist them during their rediscovery.

Raffi Bedrosyan, a dedicated Armenian and the founder of Project Rebirth, led the group in Armenia. Bedrosyan helped the group reconnect with their original Armenian roots, as well as their language and culture.

The group included descendants of the victims of the 1915 Armenian Genocide who had become orphans and were Islamized by the Turks and the Kurds. During different stages of their lives, they were able to find out about their Armenian origins and had the courage to speak out about their roots and to visit their homeland. The group members came from different regions of Turkey, including Hamshen, Diyarbakir, Dersim, etc., and were of various age groups, ranging from 15 to 70. They all came from various social-economic spheres ā€“ from teachers and lawyers to housewives and retired pensioners. The knowledge of the Armenian language also varied from member to member; the participants from the Hamshen region spoke a dialect of Armenian, while others spoke only Turkish and some knew only a few words of Western Armenian.

Turkish was added to the instructional languages at AVC particularly with this population in mind so that hidden Armenians in Turkey could have access to Armenian education. A number of students from among these visitors enrolled in AVC courses after they departed from Armenia.