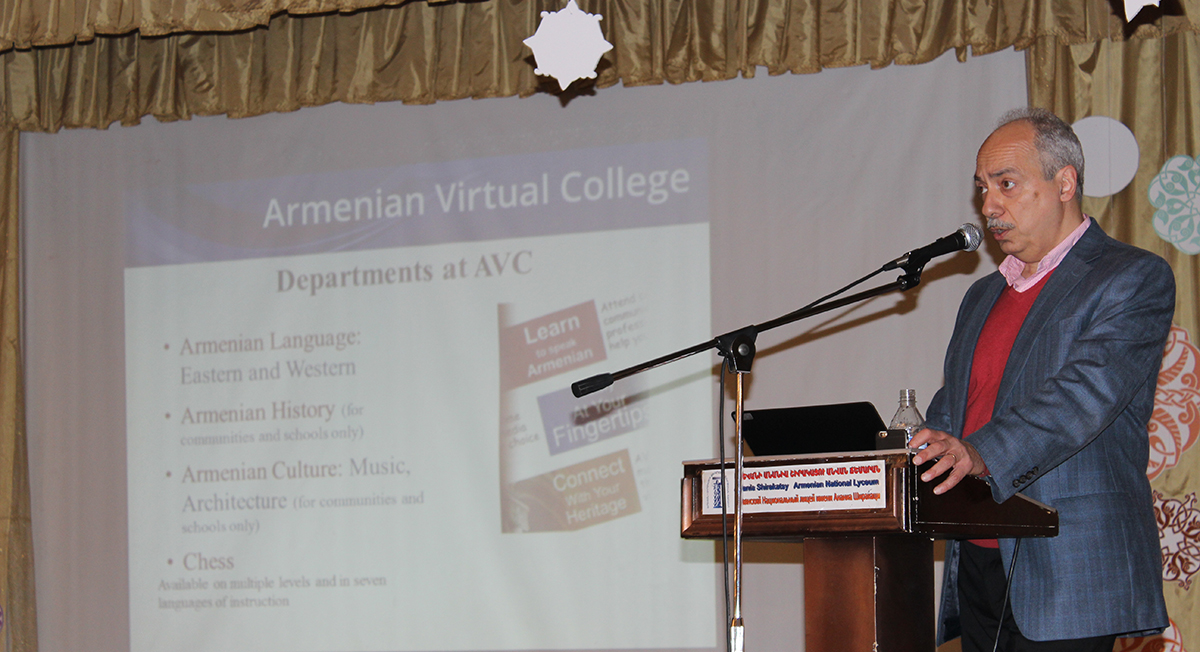 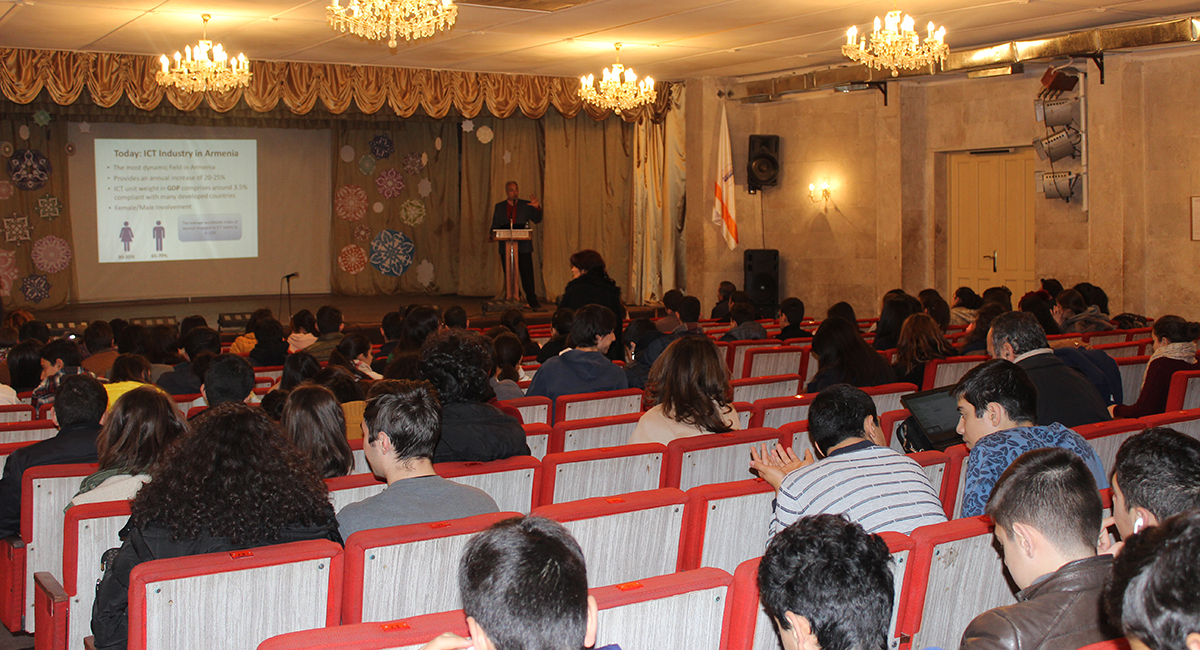 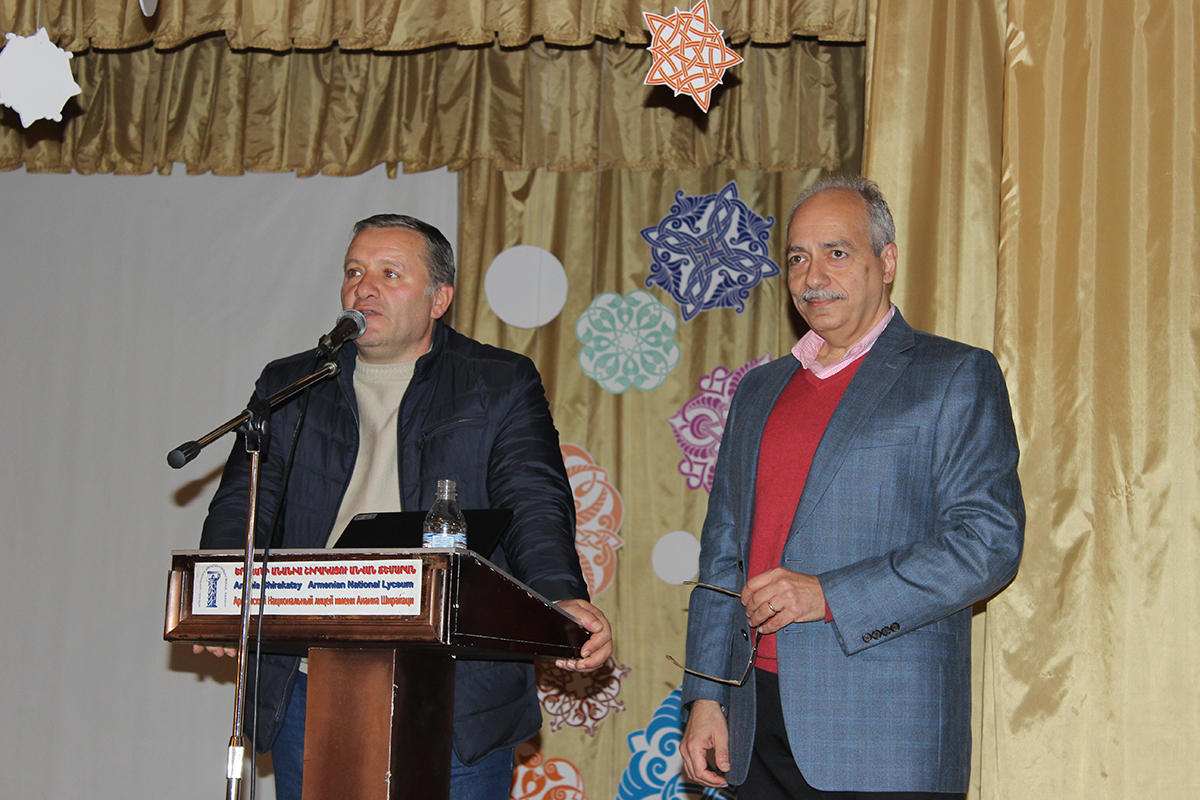 AVCвАЩs policy of networking with Armenian schools recently involved the Armenian Lyceum in Yerevan, named after Anania Shirakatsi. On December 11, 2015 AGBU Armenian Virtual College team was hosted at the Lyceum, where AVC Founder Yervant Zorian, was invited to give a talk to the high school students. Over 100 students and teachers took the opportunity to learn how technology had transformed learning culture.

The public lecture was entitled вАЬTechnology and Education,вАЭ and was focused on revealing AVCвАЩs initiatives to facilitate Armenian education worldwide. Dr. Zorian began his lecture by informing the students of the revolutionary occurrences in technology that made ground-breaking changes in the delivery of education: вАЬE-learning is becoming more available, its tools and methods more acceptable worldwide, and you are the generation to make use of the innovations in education,вАЭ Dr. Zorian stated. The audience was informed about online education possibilities available in Armenian Studies through AVC. The showcase of AVCвАЩs multimedia e-Books series was the most fascinating part of the presentation. The students and teachers were impressed by the rich, innovative features of the e-Books, and possibilities of its use in classrooms as supplemental material.

Deputy Principal of the Lyceum, Gagik Torchyan, concluded the public event with words of appreciation for the work AVC does worldwide, and on behalf of the lyceum expressed the willingness to join AVCвАЩs worldwide network of schools, thus supporting AVCвАЩs vision of building a virtual learning community and creating social ties among Armenian students globally.