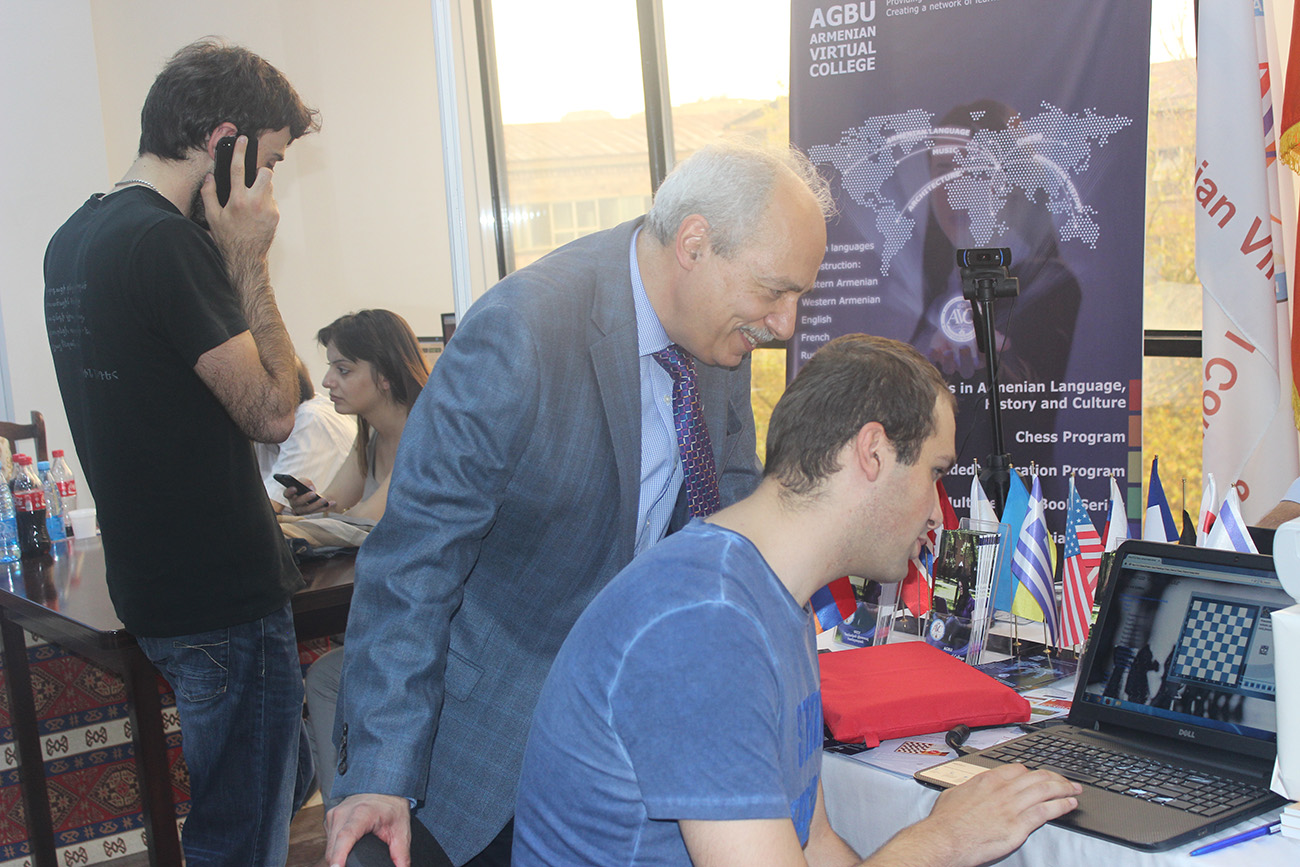 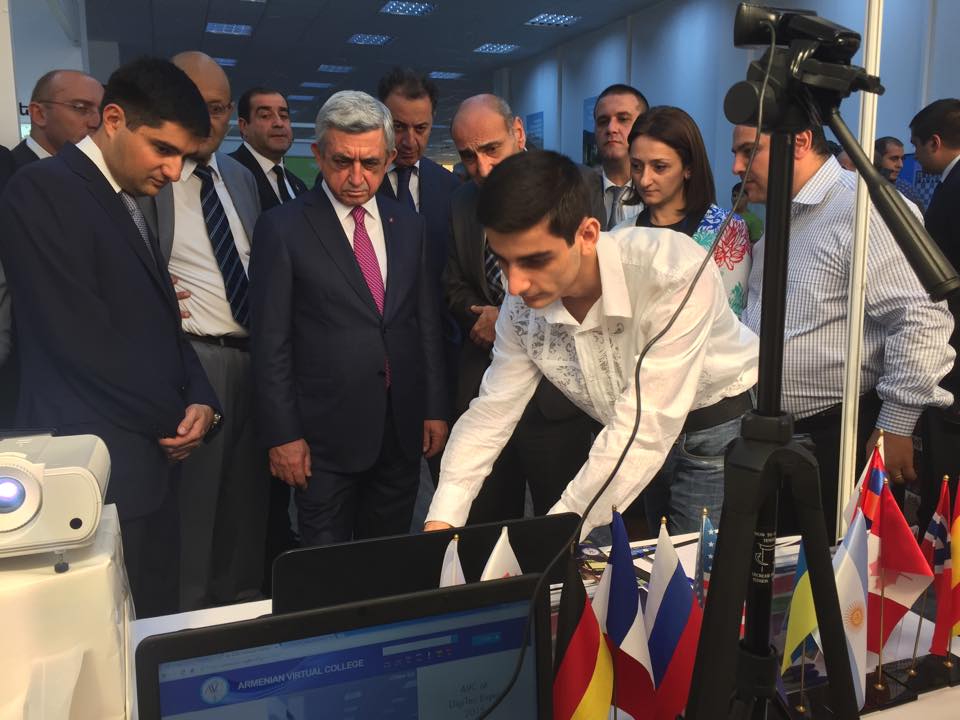 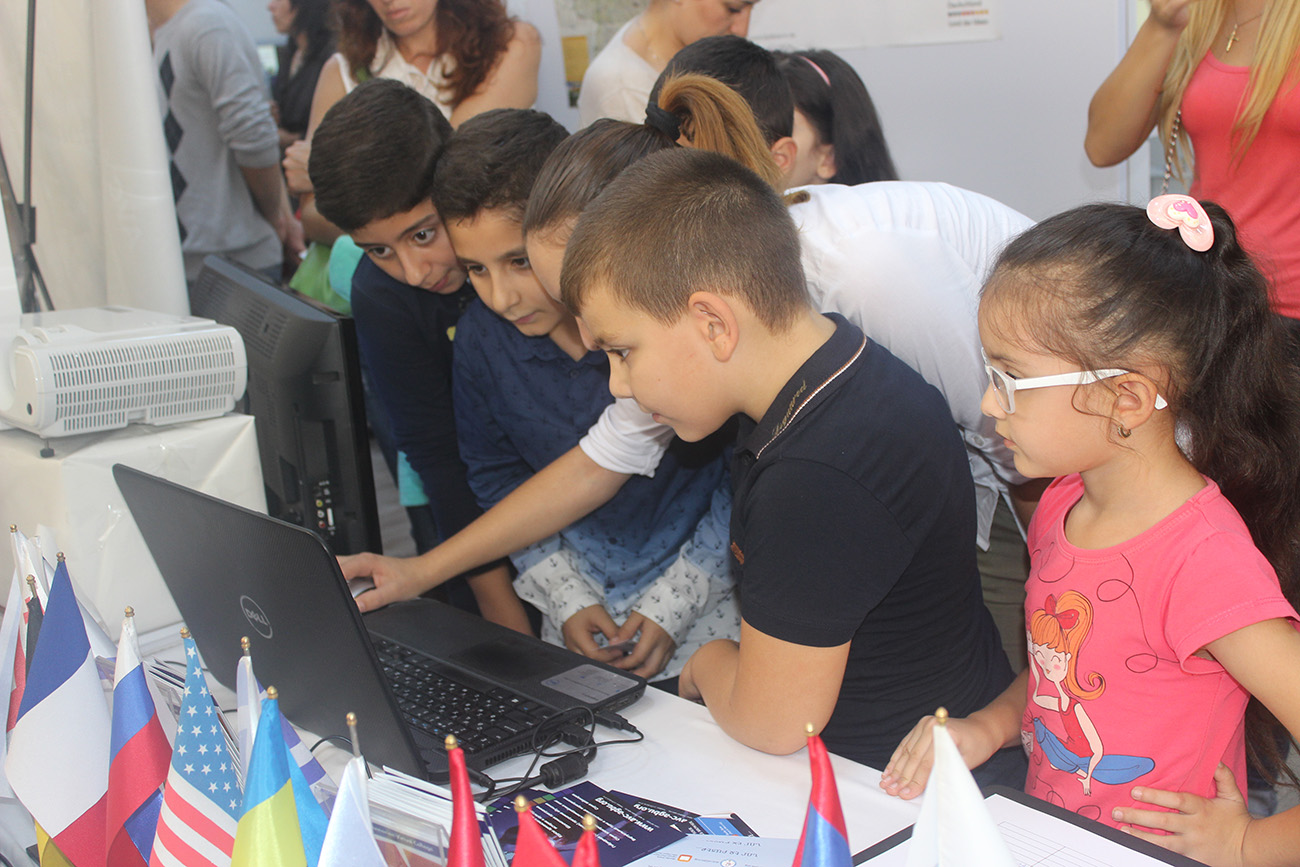 Between October 2 and 4, 2015, the AGBU Armenian Virtual College (AVC) participated in the DigiTec Expo 2015 held at the Yerevan Expo Exhibition Complex. AVC showcased its achievements in e-Learning with an emphasis on its online Chess Program developed in collaboration with the Armenian Chess Federation.

On October 3, a state delegation headed by Armenian President Serzh Sargsyan toured the exhibition and made a stop at the AVC pavilion. The President became acquainted with the advanced tools of learning chess online, the multimedia features and the innovative teaching methodology of the program. The AVC pavilion was also visited by prominent chess players Tigran Petrosyan and Rafayel Vahanyan. The visitors expressed genuine interest in the program and considered it a brilliant supplement to the state policy of mandatory chess classes in the countryâ€™s elementary schools.

During the three-day event, the AVC pavilion attracted a great number of young professionals, students, and parents of young learners who were interested in the course for their children. The multimedia features, interactive puzzles and exercises used in the teaching material, and presented through a user-friendly interface, were tremendously attractive to the visitors, and many signed up for the courses right on the spot.

Around 170 local and overseas technology companies, including those specializing in networking systems, telecommunications, IT services, Internet applications and software, participated in the Expo.